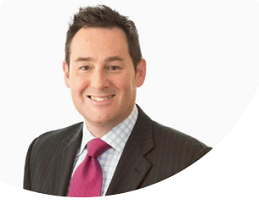 A Media All-Rounder with more than 25-year’s experience in TV & Radio. From State of Origin dressing rooms to The Long Room at Lord’s, Ben has traveled the globe Interviewing Prime Ministers, World Champions, Premiers, National Sporting Captains, and News Makers - engaging and informing audiences all over the country. On a National capacity, Ben’s been a Sports Presenter on both Sunrise and Weekend Sunrise - and contributor to Paul Murray Live on SkyNews. Ben transferred his skills to Radio for 5-years as Brisbane Live Drive Host on 4BC. As the voice of Brisbane he kept South East Queensland informed and entertained talking to Decision Makers and News Breakers 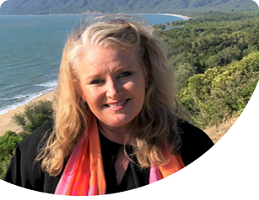 A respected journalist, presenter and broadcaster, Victoria Carthew is currently a presenter on the lifestyle program 'Queensland Weekender'. She was the AFL’s first female boundary rider and is passionate about supporting and increasing participation in sports.
An expert sports commentator across a variety of sports, Victoria is passionate and dedicated, having worked at the Seven Network for more than two decades. 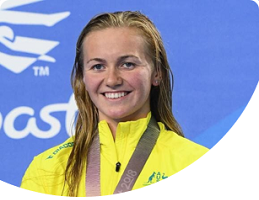 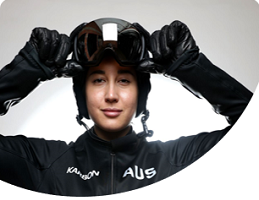 Belle Brockhoff is an Australian Snowboarder from Melbourne. Her rise through the ranks to the top of her sport began in the 2012/13 season when Belle made history as the first Australian woman to win a Snowboard Cross World Cup medal after taking the bronze in Montafon, Austria. Belle made her Winter Olympic debut in 2014 where she finished 8th, the highest placing of the Australian Snowboard Cross athletes and went on to compete in the 2018 PyeongChang Winter Olympics. 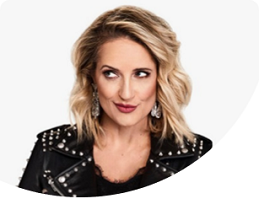 Bianca Dye is three-times winner of Australia’s best radio personality, Bianca Dye is a warm and cheeky voice, with a wit and style that endears her to the many celebrities she’s interviewed. Entertaining, insightful and witty, Bianca is an experienced media broadcaster with an approachable, fun and relatable presence. Known for her honest opinions and playful personality. 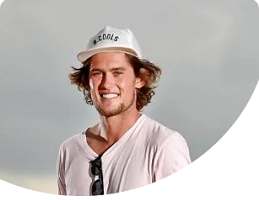 Cooper Chapman is an Australian Surfer. Cooper’s rise through the ranks has seen him compete for Australia many times and is in preparation for Paris 2024 Olympic Games. Cooper is the founder of the “Good Human Factory” and was a member of the inaugural 2019 AIS Lifeline Community Custodian program, where he notable visited and helped celebrate the 50th Year Celebration of Lifeline Northern Beaches. 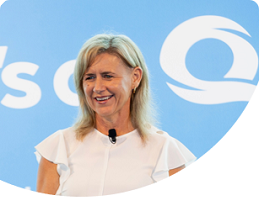 Donna Thistlethwaite is a coach and speaker/trainer on resilience and mental health. In 2012 she experienced a mental health crisis that culminated in her jumping from Brisbane’s Story Bridge in an attempt to end her life. Today she is an award-winning entrepreneur sharing her journey and insights to empower people with strategies to promote thriving. 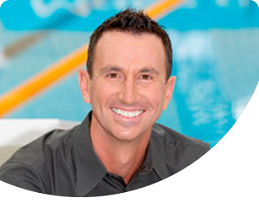 Duncan became a household name when he claimed one of only three Olympic Gold medals Australia won at the Seoul Games in 1988. Duncan Armstrong broke the 200 freestyle World Record to win Australia's 100th medal in Olympic competition. Since retiring from competitive swimming, Duncan has received a host of national honours out of the pool including an Order of Australia Medal and the Young Australian of the Year. 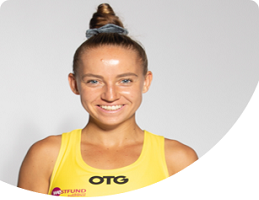 Georgia Wilson is a valuable member of the Australian Hockeyroos Squad. After debuting in 2017, Georgia was part of the Hockeyroos squad that secured a spot in the 2018 women’s field hockey world cup finishing 5th. Georgia’s current goal is to qualifying for the Tokyo Olympic squad after recovering from injury. She is a current member of the 2020 AIS Lifeline Community Custodian program, after being an integral voice for the program in WA throughout 2019. 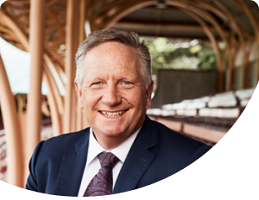 Ian Andrew Healy AO is an Australian former international cricketer who played for Queensland domestically. A specialist wicketkeeper and useful right-hand middle-order batsman, he made an unheralded entry to international cricket in 1988, after only six first-class games. By the time of his retirement, Healy held the world record for most Test dismissals by a wicket-keeper. Healy was a very useful batsman and improved dramatically during the second half of his career. 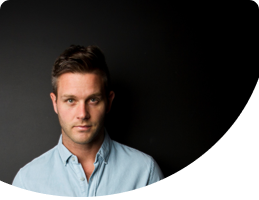 Jake Edwards, ex AFL Player and son of football legend Allan “Butch” Edwards experienced many highs and lows in his sporting career and lifetime. Diagnosed with depression at the age of 19 while on an AFL list, it wasn’t until his career drastically ended that things became increasingly tough for the now 31 year old. Jake spent 4 years escaping pain through drinking and drug use, which eventually lead him to an attempted suicide. As a survivor, Jake now dedicates his time to mental health awareness and speaks frankly about his experiences, sharing his inspirational story with young adults and corporates across Australia. 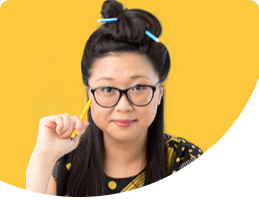 Jennifer Wong is Chinese-Australian comedian and ABC Life reporter from Sydney known for her bookishness and writing about mental health. Her first job in television was as a writer for Good News Week in 2008, and since 2011 she’s performed at arts and comedy festivals in Australia, Edinburgh, and Shanghai. As a broadcaster, she presented Bookish on ABC’s iview, and is a regular guest on ABC Radio Sydney’s Thank God It’s Friday. In 2017, her stand-up show, How to English Harder, had sold-out runs at the Melbourne International Comedy Festival and Sydney’s Belvoir St Downstairs. Her ABC Life article ‘Ten things I’m slowly learning about recovering from depression’ used humour to describe her experience after being admitted to hospital, and was widely shared across several ABC social media networks. 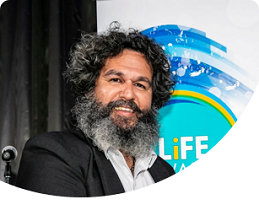 “Every conversation matters! With a mental health diagnosis and a lived experience of suicide, I know the impact of that statement personally.” Justin Geange, LiFE Award winner, Community Matters Individual category. 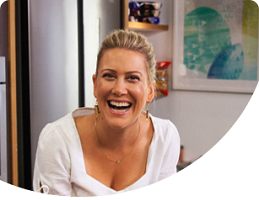 Justine Schofield has made a career of inspiring home cooks around the country, from her television debut on the first series of MasterChef Australia to her long-running role as host of Channel Ten’s Everyday Gourmet – now in its 10th season. She is the author of the bestselling cookbooks Dinner with Justine (2016) , Simple Every Day (2017) and The Weeknight cookbook (2019). 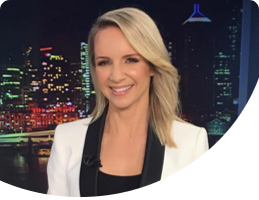 Katrina Blowers is an award-winning newsreader and senior reporter for the Seven Network in Brisbane, as well as a speaker, coach, workshop facilitator and mother of two. She has been a network correspondent for major stories including the Commonwealth games, state and federal elections, the G20, the Gerard Baden-Clay murder trial as well as natural disasters in Australia and overseas. Katrina has also written a best-selling book, is a former restaurant critic and is well known in Sydney for co-hosting the number one Nova FM breakfast show with comedians Merrick and Rosso. 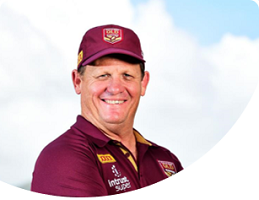 Kevin (Kevvie) Walters is an Australian professional rugby league football coach and former player. He is the head coach of the Queensland State of Origin team, as well as a commentator for Fox League. Walters played for the Australian Kangaroos, Queensland Maroons and at professional club level primarily for the Brisbane Broncos. 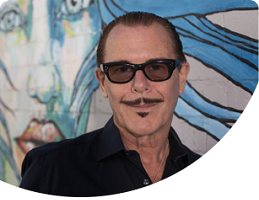 Kirk is one of the founding members of INXS, which started back in 1977 and they have sold in excess of 50 million records worldwide. INXS have collected countless awards and trophies for their work from all over the globe, including 3 American Grammy nominations and recently INXS was inducted into the Australian ARIA “Hall of Fame.” Kirk, undoubtedly the most recognizable member, has a definitive place in INXS, being the versatile 'utility man'. As principle backing vocalist, saxophonist and guitarist, he contributes to a great deal of the music that INXS has released. 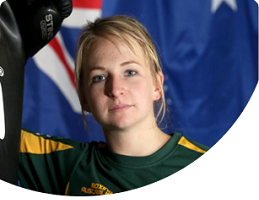 Kristy Harris is an Australian Boxer from Geelong. Kristy made history in 2014 to be the first-ever female boxer to fight at a Commonwealth Games. After narrowly missing the 2016 Olympic Games, Kristy has all eyes set on the Tokyo Olympic Games. The AIS welcome Kristy back to the 2020 AIS Lifeline Community Custodian Program after being a fantastic advocate for the program in 2019 and her advocacy for suicide prevention and mental health. 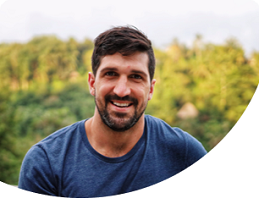 Lachie is a Master Practitioner in NLP (Neuro-linguistic programming) & men’s breakthrough coach. He specialises in empowering men to take ownership for their lives & confidently be their authentic selves. In 2018 he founded The Man That Can Project as a way to continue spreading his message while creating a global community of men who are empowered to be their best self. 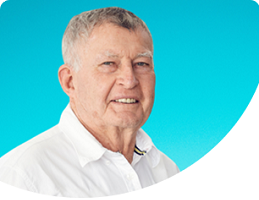 Lawrence was one of the Australian Olympic swimming team coaches for the Los Angeles in 1984, Seoul in 1988 and Barcelona in 1992. His Olympic coaching achievements include 10 gold, 11 silver and 12 bronze medals from swimmers he has directly assisted. Swimmers he has coached boast 23 world records. In 1988, Lawrence launched a Kids Alive Drowning Prevention Campaign to combat the problem of accidental death by drowning in the under five age group. 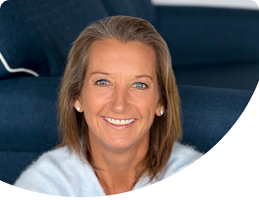 Layne Beachley AO is widely regarded as the most successful surfer in history being the only surfer, male or female, to claim six consecutive world titles (1998-2003). Layne claimed her 7th world title in 2006, retired from the ASP World Tour in 2008 and returned in 2018 for a bit more fun taking out the WSL World Masters Championship. From adoptee with a major ‘rejection case' to World Champion trailblazer, Layne has lifted through kindness, embracing change, learning from failure and focusing on the greatest good. Knowledge and compassion are the true seat of personal power and Layne shares her life lessons with humility and vulnerability. 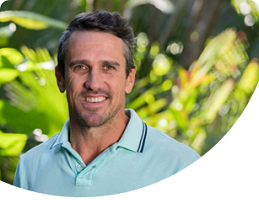 Lee Carseldine is an entrepreneur, businessman, media personality, reality TV Survivor and past professional cricketer. After retiring from his professional cricket career, Lee successfully transitioned into multiple different roles to find a new direction for future careers. Wanting to push himself he went back to study and then following the completion of a double master's degree. As the face of Australian Men’s Health magazine for January 2017, and brand ambassador for Holden, Fitstop and many more – Lee’s ability to captivate audiences through his relativity and down-to-earth personality makes him the perfect face of any brand. 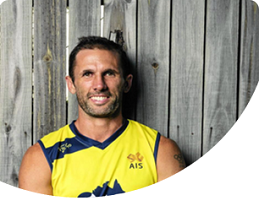 Mark William Knowles OAM (born 10 March 1984) is the Australian field hockey captain. He has played professional hockey in the Netherlands for HC Rotterdam. He plays for the Queensland Blades in the Australian Hockey League. He has been the captain of the Australia men's national field hockey team the Kookaburras since 2014. He won a gold medal at the 2004 Summer Olympics, the 2014 World Cup, the 2005 and 2012 Champions Trophy. 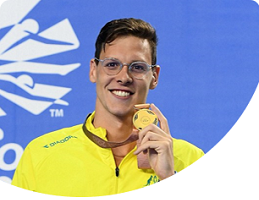 Mitch Larkin has made a name for himself in the swimming world, sweeping up medals, records and continually achieving amazing results, including winning dual gold in both the 100m and 200m backstroke events at the World Championships in 2015. Most recently Larkin was part of the team to win gold and set a new Commonwealth Games Record the 4x100m medley relay. A successful junior individual medley swimmer, Larkin recently returned to the race and picked up a gold at the Commonwealth Games and a silver at the Pan Pacific Championships in the same event. 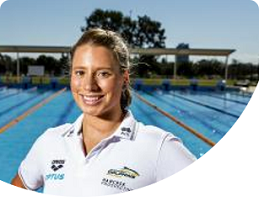 An elite junior swimmer, she left the sport in her teens, only to rekindle her passion and life-purpose after surviving a fall from a 5th floor balcony. Suffering lacerations to her neck and chest, as well as multiple broken bones, Monique awoke after a week-long coma to discover her right foot had been amputated. She has no recollection of the day her life turned upside down. But it was in her waking moment that she made a crucial decision to adapt to her new future; finding courage in the aspects of life she could control. Today, she is one of Australia’s leading Paralympic athletes with a silver medal from the 2016 Rio Paralympic Games – an achievement gained just 900 days after her accident. 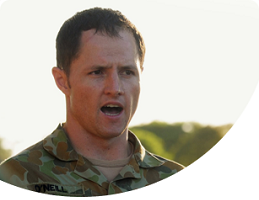 Patrick was the Lead Planner and Chief of Operations for major Australian Defence Force operations, including support to the 2018 Commonwealth Games and APEC Leaders Week in Papua New Guinea. He was also the Chief of Operations for an 1800 person peace monitoring organisation in Sinai, Egypt, led whole-of-government disaster management planning in Fiji and commanded an Emergency Support Force that provided flood relief in Central and Southern Queensland.